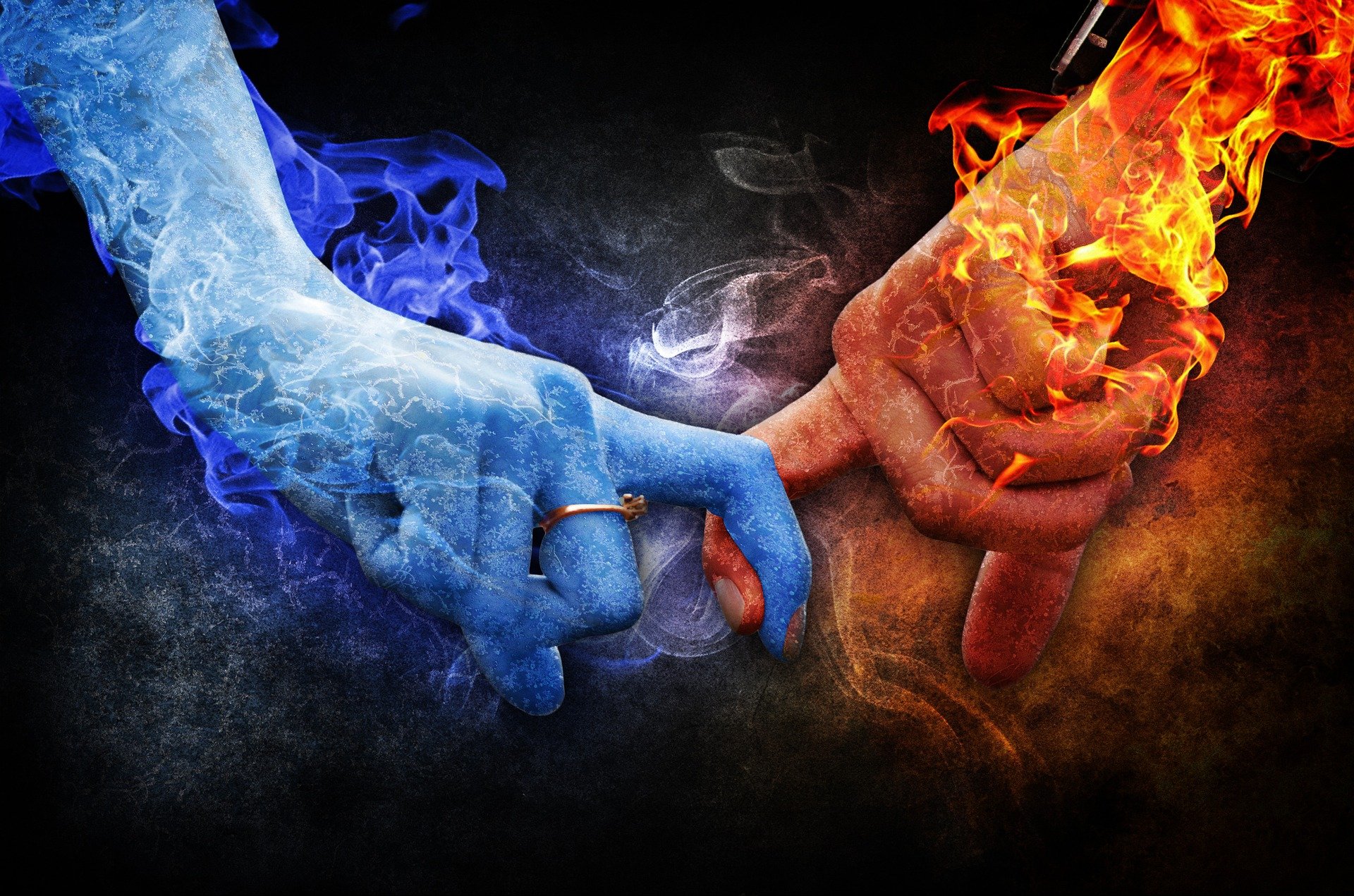 The concept of the ‘empath’ has exploded in popularity in conjunction with the explosion in popularity of the concept of the ‘narcissist’ and narcissism. Is the seeming connection between the concepts of ‘empath’ and ‘narcissist’ a mere coincidence or is there a genuine connection? The term ‘empath’ derives from the term empathy and so relates to a person who is especially aware of the emotions that surround them. ‘Empaths’ are presumed to have such a special awareness of emotions (and so empathy) that they perceive themselves as being distinctly different from other people in society (who are presumed to not have such a pronounced awareness). It is extremely important to note that the notion of an ‘empath’ and the clinical term ‘Highly Sensitive Person’ are not directly related and so the two terms should not be used interchangeably (more on this later).

Other characteristics of an ‘empath’ can involve traits and behaviours such as taking on the emotions of others, becoming suddenly overwhelmed by emotions whilst in public (sensitive to overcrowding), being able to instantly pick up on the ‘vibe’ of a room, perceived greater understanding of people and their perspectives (empathy), being highly susceptible to vicarious trauma and having people continually opening up and sharing intimate and personal information to them. ‘Empaths’ are also presumed to be excellent lie detectors and they may also believe that they have a calming effect on others along with a special connection to nature and animals. Before anyone self-labels themselves with any type of psychiatric label, they should first eliminate other psychiatric labels or conditions which may account for their symptoms, behaviours, thoughts, etc.

Going back to the explosion in popularity of the concept of the ‘empath’ along with the concept of the ‘narcissist’, can we consider the possibility that the traits and characteristics of an ‘empath’ may actually be the result of being exposed to abuse and trauma? Is it also possible therefore that SOME people who have been exposed to abuse and trauma may feel inclined to gravitate towards the notion of the ‘empath’ because it imbues them with a sense of specialness and importance (when for many years they have been imbued with a sense of unworthiness and unimportance)? Can the notion of the ‘empath’, along with its presumed qualities and characteristics, be better understood as being the product of abuse, trauma, hypervigilance, emotional enmeshment and poor personal boundaries rather than arising as a result of a new psychological phenomenon? I will start by exploring these questions in relation to myself before exploring what science and clinical and empirical research says.

I have been exposed to multiple forms of abuse and trauma throughout my life. Shortly after I starting becoming aware of the true extent of my traumatic and abusive experiences, and shortly after I started gaining greater awareness and insight into myself, I began to identify with the notion of the clinical term ‘HSP’ – highly sensitive person. Back at the start of my journey (2008), the notion of the ‘empath’ did not exist (that I was aware of at the time) and so I related to the notion of the HSP. During my healing journey, I could instantly detect the emotions of other people and I could instantly detect the vibe of a room to the point that I would walk out straight away if I got a ‘bad’ vibe. I was (and to an extent still am) an excellent lie detector being able to call people out on the simplest of falsehoods. I also hated public spaces with a passion because I always felt that I was ‘absorbing’ all of the emotions around me and so constantly experienced shifting emotional states.

For the majority of my healing journey, I strongly believed that I was a highly sensitive person. I found comfort in ‘knowing’ why I responded to external events (and other people) with such emotional sensitivity and it gave me a sense of greater purpose, utility and confidence which was completely new to me. Anyway, moving forwards to the end of my healing journey and beyond, I discovered that by escaping my abusive and toxic environments I felt much safer and so I no longer felt that I had to ‘scan’ people and environments before I interacted with them (and so the less hypervigilant I became). If I did encounter a ‘bad’ vibe, I was less fussed by it because I was comforted by the fact that I knew I could protect myself and leave the ‘bad’ vibe if I felt that I could no longer manage it. I was much more able to retreat gracefully rather than erratically like in my past.

Likewise, the personal and emotional boundaries I had created during my journey prevented me from enmeshing with people. In the past if I was interacting with someone who was sad, I found myself also becoming sad. Nowadays though, rather than becoming sad when interacting with someone who is sad, I am now able to preserve my emotional dignity and boundaries and so remain in whatever emotional state I choose. Choose being the accurate word as the changes in my emotional states to reflect other people became a conscious choice rather than an automatic reaction. When I started my life coaching and counselling business, I began learning than many of my clients had similar experiences and thoughts to myself. They first believed that they were ‘empaths’ but later came to the conclusions (without input from myself) that their behaviours and traits were better explained and understood as being a product of their abuse and trauma.

I want to make it clear that I am not disputing the notion of the ‘empath’ completely. Emerging research is beginning to give credence to some aspects of the notion of the ‘empath’ which I will discuss shortly. The point I do want to make is that if you have been exposed to abuse and trauma, it is unwise to jump onto labels without first considering potential possibilities. Just because you have a cough and sniffily nose does not automatically mean you have the flu. It could just be allergies or any other number of conditions. Getting back to exploring whether the notion of the ‘empath’ is supported empirically and clinically, some researchers are beginning to suggest that ‘empath’ is a unique psychological phenomenon which is different to the pre-existing clinical HSP (sensory processing sensitivity).

Highly sensitive people are sensitive to stimulation and information in general. ‘Empaths’ are sensitive to emotions and emotional content specifically. HSP’s are believed to a part of the autism spectrum whereas ‘empaths’ are not. The research regarding ‘empaths’ often focuses on the presence of mirror neurons. It is important to note that the existence of mirror neurons is itself aggressively debated amongst theorists and researchers. The ‘empath’ studies which do exist though, and there are not many, focus more on the nature of empathy in and of itself more than why some people have ‘more’ empathy than others. Any empirical evidence for ‘empaths’ is therefore indirect not direct.

If you choose to identify with the notion of the ‘empath’ that is entirely your choice. It is important however not to elevate yourself above others to the point that it leaves you looking down onto others. It is quite common for some self-diagnosed ‘empaths’ to look down on their opposite counterparts (‘narcissists’) with contempt and ridicule rather than using their presumed heightened empathy to understand, appreciate and empathise with the plight of the ‘narcissist’ and narcissism. Likewise, if you choose to identify as an empath, be mindful that announcing that you possess heightened empathy and sensitivity may attract rather than repel toxic and abusive people. It is also important to keep and open mind and question whether you may indeed be experiencing the symptoms of abuse and trauma and so the symptoms of hypervigilance, emotional enmeshment and poor boundaries.

8 tips to help you better manage anxiety.
Helping children and adolescents with mental illness.
Are you ever too old to start improving your mental health?